The SSK Ljubno BTC ski jumping club first saw the light of day over sixty years ago, when it continued the enthusiastic ideas of the most progressive people of Ljubno, who were not afraid to take on the most daring challenges, among which was also the construction of a 60-metre ski jump in Ljubno ob Savinji (at that time considered very big).

Over years, the club grew and acquired new members. Many children started to take up ski jumping, while individual successes also became more frequent. Even national championship titles in individual children and junior selections were not a rarity. There weren't many titles in the senior category. I guess there couldn't be many due to the lack of coaches and due to financial issues.

That fact also changed with the successes of Primož Pikl, a regular member of the Slovenian national team and a participant in the World Championships and the Olympic Games. 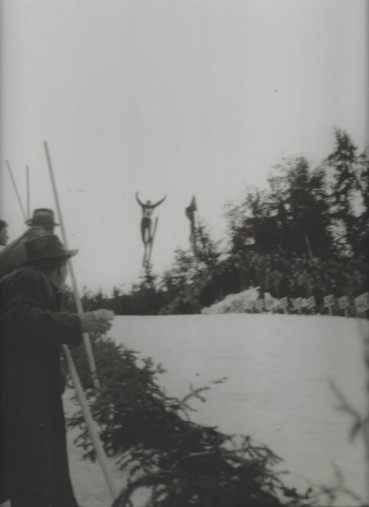 In terms of results, this year represents another milestone, since the 2015 summer season brought five national championship titles to the club, among which there is also a title in the category U-16, which indicates the possibilities for greater success also in the senior category.

We are especially thrilled to see the youngest categories being full of our club members. In the history of our club, there has never before been such a large number of children and young people included in the trainings of this attractive sports discipline.

All these results are in one way or another connected to the organisation of the FIS Ski Jumping World Cup Ladies in Ljubno, as well as to the extraordinary results of our female and male ski jumpers.

We are all well aware that two equally important processes need to run simultaneously – the growth of the club in the organisational and competitive aspect and the future growth of the organisation of FIS Ski Jumping World Cup Ladies. Both processes are tightly connected to the main sponsor of our club and the mentioned World Cup events – the BTC Company from Ljubljana – and to the President of BTC d.d. Management Board, Jože Mermal. Without their support, both of the mentioned success stories would not be possible. I should also mention the importance of the enthusiastic work of numerous volunteers from Ljubno, parents of our ski jumpers, the local government, and many others who also represent an important stone in the mosaic of our success stories.

Ljubno has received the status of a national ski jumping centre, within which a constant growth of the club in the organisational and competitive aspect will continue to be realised also in the future.